What you need to know about ear infections? 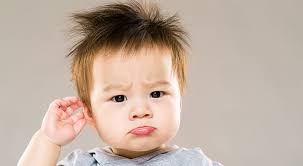 What are the Main Types of Ear Infections?

There are two main types of ear infections. The first is called outer ear infection, also known as otitis externa or swimmer’s ear. It affects the ear canal, which goes from the ear opening to the eardrum. An outer ear infection occurs when water enters the ear canal and becomes trapped there by wax build-up. This creates an ideal environment for bacteria to flourish. The body responds to the infection with inflammation, pain, redness, and sometimes a fever.

The second type is called a middle-ear infection or otitis media. It occurs when either virus or bacteria cause infection in the middle ear. The condition is a result of the tubes inside the ears becoming clogged with mucus and fluid. Middle ear infections can be excruciating and are often accompanied by high fever, hearing difficulty, nausea, and vomiting. The fluid build-up can lead to hearing loss as all that ear fluid prevents sound from getting through.

How Many Types of Otitis Media are there?

There are two main types of otitis media:

Acute Otitis Media (AOM) –
Acute otitis media comes on rapidly and is defined by swelling and redness in the ear behind and around the eardrum. Ear pain, fever, and partial or complete hearing loss often occur as a result of fluid or mucus caught in the middle ear.

Otitis Media with Effusion (OME) –
OME is the presence of fluid in the middle ear without any signs or symptoms of acute infection. This can happen when the infection clears up, but mucus and fluid continue to build up in the middle ear. This build-up creates a feeling of fullness in the ear, reducing your ability to hear clearly.  OMEs typically resolve on their own.

Chronic otitis media with effusion –
OME is said to be chronic when middle ear effusion has been present for at least three months.

Other Symptoms of Middle Ear Infection

These are some of the most common symptoms of otitis media. Not all of them need to be present for a diagnosis of ear infection.

Why Do Children Get Otitis Media So Often?

One of the reasons infants and young children get otitis media so often is connected to the eustachian tube, the passage that leads from the pharynx to the cavity of the middle ear. Because the eustachian tube is more horizontal in children than it is in adults, it prevents fluid to flow smoothly. When it isn’t working properly, mucus is unable to drain from behind the eardrum. Instead it stays stuck and causes pain and pressure, often leading to infection. As children get older, the eustachian tube becomes more vertical and begins to drain better.

How To Prevent Otitis Media?

The answer to preventing otitis media is to limit the build-up of fluid. Having a proper diet can play an essential role in reducing risks. Food allergens, such as cow’s milk and sugar, lead to excess mucus and fluid. Eliminating these foods from our diet can be incredibly helpful.

Reducing exposure to environmental allergens, such as second-hand smoke, is also essential. Cigarette smoke creates an environment for bacteria and virus to thrive.

It is essential to take all ear infections and ear pain seriously. A paediatrician or an ENT (Ears, Nose and Throat) doctor is most qualified to make the diagnosis of otitis media. They have the proper instruments to look inside the ear. If you have an acute middle ear infection, your eardrum will be very red. If there is pus present in your middle ear as a result of the infection, the eardrum will bulge slightly forward. This bulging leads to an increased risk of eardrum perforation.

To protect your eardrum from rupturing and speed up the healing process, the doctor may prescribe medications. Over-the-counter ear drops or prescription or antibiotics may be recommended. While the acute inflammatory phase lasts about two to three days, the entire healing process takes about eight weeks. Medications, when prescribed appropriately, can shorten the duration of the infection.

To be on the safe side, be sure to visit your ENT if you have ear pain or hearing loss. Be especially alert for signs of middle ear infections with babies and young children, who often pull on their ears when suffering from ear pain, and consult your doctor as soon as possible.

As a large percentage of otitis media is viral, antibiotic therapies are not always the appropriate course of treatment. Your doctor can determine whether the likelihood of bacterial or viral infection is higher based on your symptoms.

Pressure equalization tubes and perforations often cause middle ear infection. This results in scarring of the eardrum. The formation of scar tissue on the eardrum is one such complication. The scar tissue can lead to hearing difficulty, untreated otitis media, and eventually ruptured eardrums. If the tiny ear bones called ossicles in your ear are damaged or deformed, this can cause hearing loss.

The following diagram and photo show a grommet in place in an ear drum. (The diagram uses the terms ear tubes and tympanostomy tubes to refer to grommets).

How do grommets work?

Grommets maintain normal middle ear pressure by allowing air into the middle ear, from the outside. This reduces the risk of fluid building up in that space. If your child does get an ear infection with grommets in place, pus can flow out through the grommet. Your doctor can prescribe ear drops rather than antibiotics by mouth. Studies show that these ear drops are more effective than antibiotics by mouth in treating discharging ears.

Grommets are a temporary measure and will ‘buy time’ until your child’s eustachian tubes mature to work naturally. The eustachian tubes connect the middle ear (the space behind the ear drum) of each ear to the back of the nose.

Most grommets stay in place for about 6 to 18 months and fall out by themselves.

How successful is the grommets operation?

With grommets in place, any hearing loss caused by fluid in the middle ear will get better.

Parents often report a better quality of life for their children after grommet insertion with better sleeping and overall behaviour.

What happens to my child during the grommets operation?

Some children continue to have ear problems (glue ear or repeated ear infections) once the grommets come out. They may need grommets again.

Sometimes, your ENT surgeon may also recommend removal of your child’s adenoids. There is some evidence that removing the adenoids is helpful in those children who need more than one set of grommets. The adenoids sit at the end of the eustachian tubes at the back of the nose and can contribute to ear infections.

What are the possible complications of grommets?

A grommet may occasionally block. If this happens, your child may need ear drops to help clear it.

A small number of children may have continuous or frequent episodes of discharge from their ears.

There is a small but significant risk of a hole that remains in the eardrum after the grommets come out. If this happens, an operation to repair the hole may be necessary when your child is older, usually around 8 to 10 years of age.

In a small number of children, grommets may not come out by themselves within 3 years. If this is the case, your child may need a further brief general anaesthetic to remove the grommets. The decision to remove working grommets must be weighed up against the possible risk of the return of ear infections and glue ear. You can discuss this with your ENT specialist.